Peel had a number of stories about his youthful enthusiasm for Donegan, including how his father would deliberately refer to “Lolly Dollygan” to annoy him,[4] as well as how JP would repeatedly get bemused schoolmates to listen out for a shout by the king of skiffle near the start of “Oh, Didn't He Ramble” by Chris Barber's Jazz Band on the Traditional Jazz At The Royal Festival Hall LP:
"They must have thought, 'What a twerp this bloke is.'”[5] (…)

Despite such qualities, Donegan would find no more than an occasional place on Peel's playlists until the late 20th century. The DJ, however, was always happy to recall the performer as an essential part of the music of his youth, including that the skiffle star had inspired JP's first album purchase (the aforementioned 'Royal Festival Hall' LP) and was on the bill at the first gig he ever went to in London (a benefit for Big Bill Broonzy in 1958).[9]
Peel, though, was a keen supporter of latter-day skiffle combo Terry & Gerry - once saying that it was a pleasure to put people like them on the radio. Coming out of another subgenre, cowpunk, they were part of an early 80s subgenre that reinvented skiffle although the washboard remained. The DJ continued to mention his love of skiffle at every opportunity, and was even sighted on the Old Grey Whistle Test performing a number with John Walters and Andy Kershaw. (…)

Jarren
19. Mai 2016
bezogen auf Hicks From The Sticks, LP, Comp, ROC 111
Is it true that John Peel used to play this comp in its entirety on his radio show? 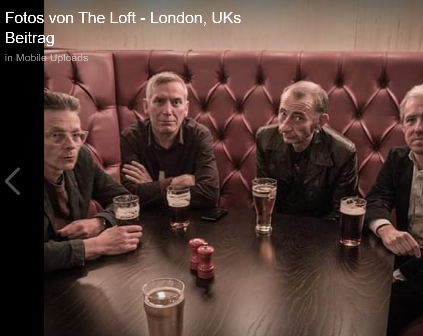 "Hello again boys and girls, this is another slightly disease-ridden John Peel's Music On BFBS." Peel has a bad cold (which he blames for a wrong speed moment and an almost wrong track moment), so the "brilliant chatter" is "kept to a minimum." Jerry Lee Lewis is played due to JP's idea that he might be the JLL referred to in the previous track, but when listening to the song again he decides this is unlikely.

"Hello again boys and girls, from the majesty of Peel Acres, this is another John Peel's Music On BFBS. To start the programme this week, a song with a message that some of you might endorse."